Given that local stock markets are more affected by foreign investors, their moves are a key factor to stability of the local financial market.

GDP, the broadest measure of an economy's performance, is the total value of goods and services produced within the economy in a given period.

The BOK said deepening interconnection between local and foreign financial markets could help improve efficiency in the local markets and contribute to economic development in the medium to long term. However at the same time, the central bank said "foreign capital inflows and outflows could cause volatility" in the financial market.

It also cautioned that sudden foreign capital moves could undermine relevance between the financial sector and the real economy sector, noting South Korea and other emerging Asian markets saw their stock markets and interest rates affected by global financial situations, regardless of their respective real economies.

South Korea, a small open economy, heavily depends on exports for its growth. 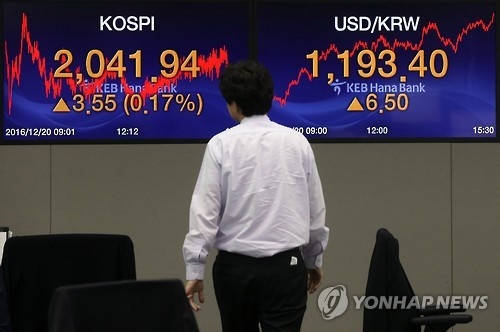