Son, residing in California, claimed in the suit that his Model X75D spontaneously began to accelerate at full power when entering his garage in September.

Tesla, however, insisted that before suing it, Son had threatened to use his celebrity status in Korea to hurt it unless the carmaker agreed to make a financial payment and acknowledge that the vehicle accelerated on its own, which Song later flatly denied.

The carmaker also claimed the accident was Son's fault and that there was no problem with the car. 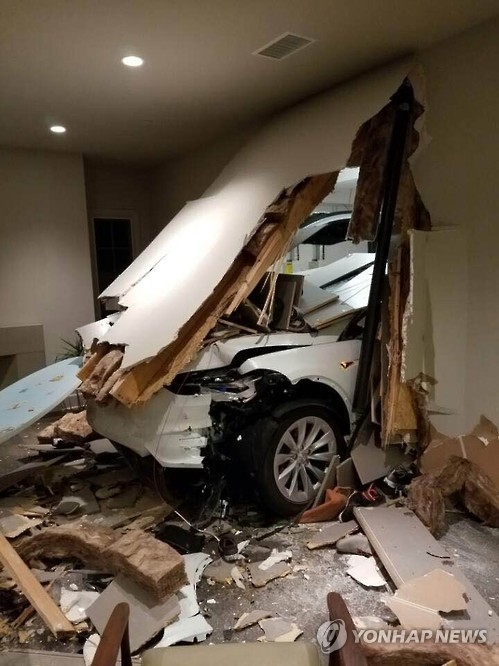 "I'll never step back, and go to the end betting all my pride," Son told Yonhap over the phone.

He said he sent U.S. news media an official press release explaining all about the accident and refuting Tesla's claim via his legal representative earlier in the day.

He said he will also call for the NHTSA to make a public probe into the accident within the week.

"I'm willing to disclose all the emails that have been exchanged between me and Tesla thus far to show Tesla's claims are all lies," Son said.

Son also said on his Facebook page that he calls for Tesla to present how much money he had demanded from them, if he truly did so, and evidence of how he had threatened the company.

"My blood was up when I saw a scar on my son's knee, but I suppressed my anger again and again. Now I can no longer forgive (Tesla)," he said.
(END)