Air bags in the Jeep Wrangler may not deploy properly due to a possible accumulation of dust through a defective steering column cover, according to the Ministry of Land, Infrastructure and Transport. 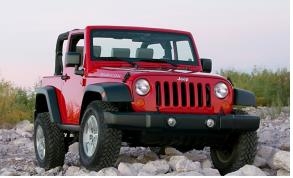 An additional 985 cars of three models, including the Jeep Cherokee, will be recalled due to a problem in the transmission, which may shift to the neutral position while the vehicle is on the move, causing the car to lose power and lead to a possible accident.

Also, 930 units of the Jeep Wrangler, produced between Sept. 11, 2015, and Aug. 13, 2016, will be recalled for what the ministry called an inappropriate location of front sensors that may fail to detect a crash, possibly leading to the failure of the cars' air bags and seat belt pretensioner. 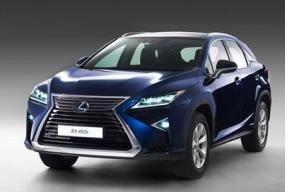 Under the country's safety law, actions required to detach a car seat headrest must be clearly distinguished from those required to simply raise the headrest, the ministry said.

The Lexus cars, however, do not have such a distinction between actions required to detach or simply raise the headrest.

Free repair services for Lexus vehicles are currently available at any Toyota and Lexus service centers throughout the country.