SEOUL, Jan. 6 (Yonhap) -- Kim So-yul, a resident in Yongsan district, central Seoul, drops by a cafe for a cup of coffee, but the forty-something woman has another thing to do while there -- use banking services.

While waiting her turn at the bank, she orders an Americano and browses the Internet on her smartphone while sitting in a soft, cushioned chair in the cafe just next to the bank branch run by Woori Bank. Sometimes, she even meets her friends at the cafe-style bank branch.

"It is not just for banking services. I often just hang around here to drink coffee as well," she said. 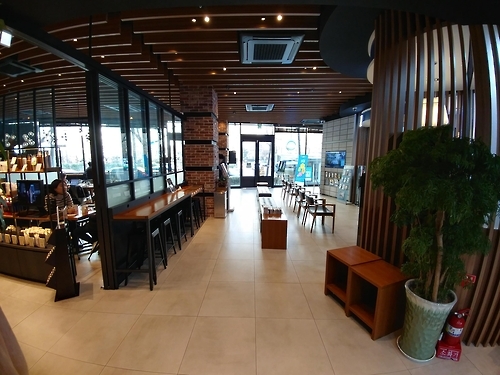 Partnering with a local food company, Woori Bank adopted a new format for its operations by opening the country's first cafe-cum-bank outlet in March last year in a bid to compete with other local rivals on the bank branch-studded street in the affluent area.

But the new plan is also aimed at shattering the conventional concept that a bank branch is stuffed with stiff chairs, sullen-looking staff and impersonal services, thus offering a somewhat airy and warm atmosphere to clients.

The bank rented out half of the branch's space to a cafe with tables, soft chairs, bar stools and long wooden tables. 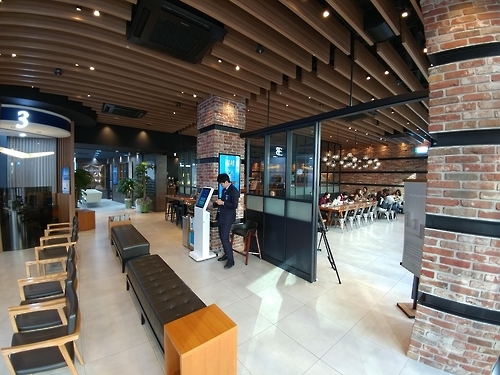 "We thought over how to attract more clients and better compete with rivals," says Hong Keun-seok, the manager of the bank branch. "So far, things seem to be going well."

Clients with deposits of 100 million won (US$83,000) or more have increased by 30 percent since the refurbishment of the branch, and residents applauded the new format, according to Hong.

Customers may find their wait less boring over a cup of coffee at the bank outlet, while the branch can expect a rental income, Hong said.

"It's kind of a community cafe for residents," he explained. Woori Bank launched another outlet in Jamsil, eastern Seoul, in June in which clients can buy bread and coffee.

Woori Bank's attempt to partner with a different service-providing entity, in what could be seen as a risky bet in the conservative banking sector, underscores local banks' struggle to build up client relations by offering unique and customer-friendly services, which eventually they hope will in part help jack up their revenues. 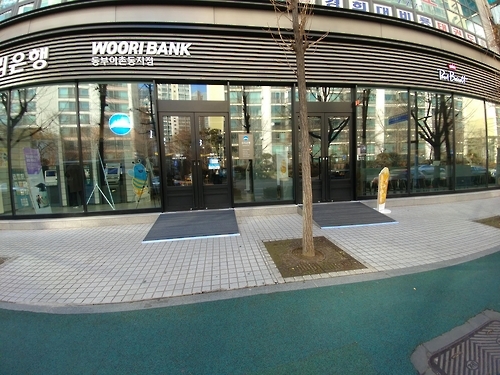 The moves by local banks to transform branch operations or introduce new kinds of operations across the country are a stark contrast to what they have done in the past few years. During that time, they attempted to reduce the number of branches in a bid to cut costs amid falling profits and the wide use of mobile banking services.

Indeed, South Korean banks saw their earnings almost halve in 2015 from the previous year as they earned less interest income and had to set aside more loan-loss reserves.

The combined net profit of 18 commercial lenders and state-run banks reached 3.5 trillion won in 2015, down 42.6 percent from 6 trillion won the previous year, marking their weakest bottom line since 2003.

And more recently, clients do not frequently visit bank branches as they can use a large chunk of banking services on the computer or smartphone in the world's most wired country, which promises quick and efficient transactions.

"The trend, which may be seen as a dramatic departure from their traditional business practice and environment, comes as banks are saddled with falling profits amid low interest rates," said Lee Jae-yon, a researcher at the Korea Institute of Finance. "They may accelerate experimental bids to further reach out to more customers." 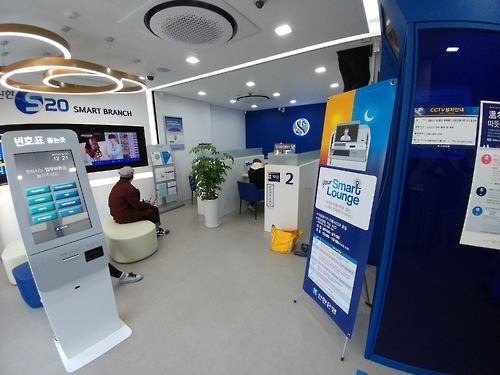 In late 2015, Shinhan Bank, the No. 1 lender in terms of profitability in the country, also launched the country's first banking services without tellers, called "smart financial service," allowing its clients to enjoy using a wide array of financial services.

Automated teller machine-like equipment allows its customers to use almost 90 percent of all banking services available, according to Shinhan Bank.

At the lender's smart branches, customers can get new check cards, open new accounts and sign up for online banking through the upgraded ATMs during weekdays, and even on weekends and holidays.

Shinhan Bank currently operates a total of 23 ATMs with such functions across the country. 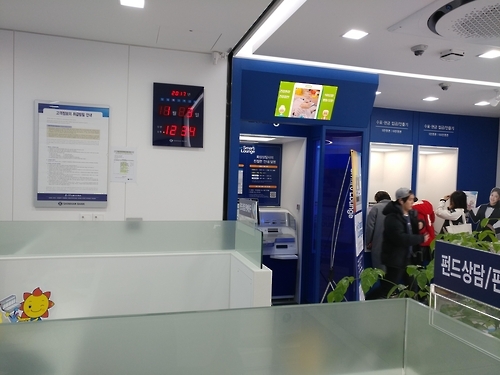 "Young people opt to use smart banking services, because they are more tech-savvy than senior customers and the service can reduce time and costs for us and clients," said Yoon Joo-young, the manager of the lender's smart branch near Hongik University in western Seoul.

According to Shinhan Bank, a total of 431,000 financial transactions were made through such ATMs between December 2015 and October 2016, which translates into 91 banking services performed per day and 40 percent of a bank teller's daily operations. 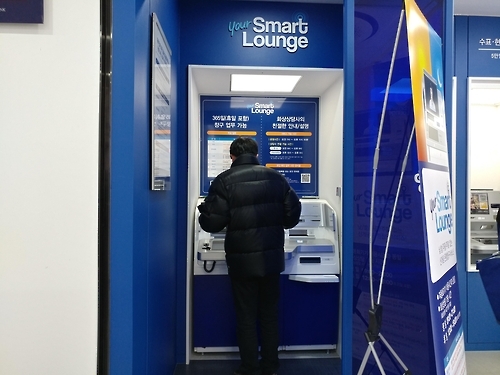 Shinhan Bank also extended their banking services through convenience stores to better reach out to customers.

SC Bank, the Korean unit of Britain-based Standard Chartered Bank, is also among the banks struggling to get closer to clients. The lender currently operates a total of 72 in-store operations in collaboration with E-Mart, the country's top retailer, and Shinsegae Department, a major department operator, as part of efforts to provide quick and extended services to clients. 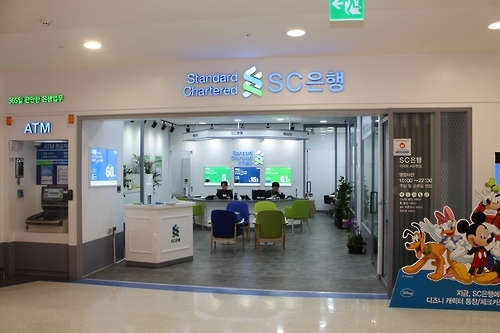 E-Mart customers as well as general bank customers can visit the lender's "Bank Shop" and "Bank Desk" operations to make banking transactions during the extended business hours of 10:00 a.m. to 10:00 p.m., according to SC Bank.

"Customers can use banking services during the extended business hours, and this differentiated service, I think, is appealing to our customers," said Kim Poong-ho, director general of SC Bank. 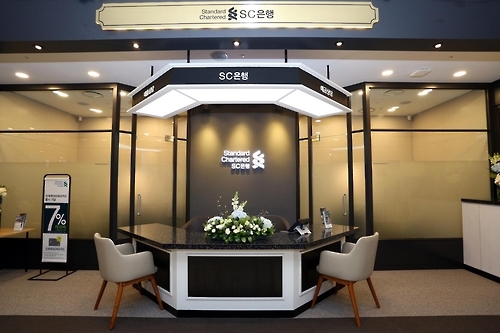