SEOUL, Jan. 5 (Yonhap) -- South Korea plans to become one of the world's first countries to put autonomous cars to actual use this year, introducing its first self-driving bus, a government report showed Thursday.

According to the report from the Ministry of Land, Infrastructure and Transport, the government plans to introduce a self-driving bus on a 2.5 kilometer route between Pangyo subway station and the Pangyo Techno Valley, the Silicon Valley of South Korea and home to some 900 companies.

A 12-seat autonomous bus will begin serving the short route in December, though its maximum driving speed will be limited to 30 kmh, the ministry said in its annual report describing its main objectives for the new year. 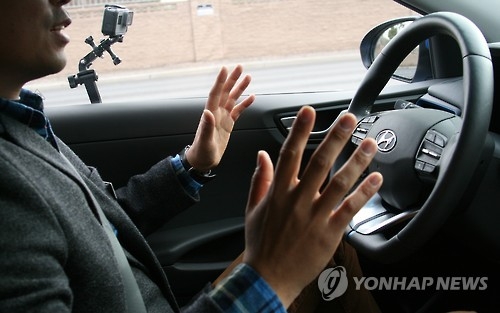 "Self-driving cars have accumulated over 26,000 kilometers in test runs since last February, and there were no serious accidents even though there were several occasions where the car had to be switched to manual operations," a ministry official said.

Currently, a self-driving car must be occupied by at least two persons even in a test run.

The ministry said it will work to revise the related law before the start of the self-driving bus service in December to enable truly unmanned public transportation services.

Further improving public transportation services, the government will introduce non-stop KTX express train services between Seoul and Busan by no later than July. 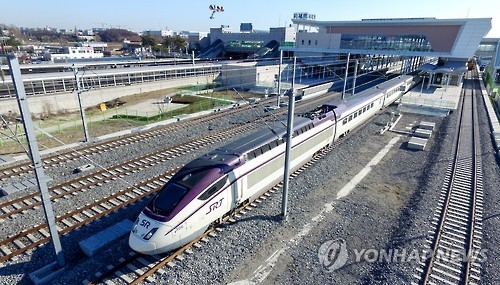 The express trains, despite their name, have been accused of being too slow due to frequent stops they have to make during their 400-kilometer trips between the country's two largest cities.

A nonstop service to and from Busan will shorten the time of travel by at least 20 minutes to less than 2 hours, the ministry noted.

The ministry's key business projects for the new year includes reducing the number of traffic-related deaths.

The ministry hopes to bring the number to below 4,000 this year.

To this end, the ministry plans to prohibit car rental businesses from lending their cars to people aged 21 years and younger or people with no actual driving experience, it said.