But it was mainly attributable to cost-cutting and other belt-tightening measures rather than a sharp increase in sales, they pointed out.

According to local financial data provider FnGuide, top cap Samsung Electronics Co. posted an estimated 28.3 trillion won in its operating profit in 2016, up 7.2 percent from a year earlier.

The operating profit of Naver, the dominant Internet portal service provider, is estimated to have expanded 47 percent to 1.1 trillion won, with those of the state-run Korea Electric Power Corp. and Hyundai Mobis Co., a major automotive parts supplier, climbing 17.4 percent to 13.3 trillion won and 5.4 percent to 3.9 trillion won, respectively. 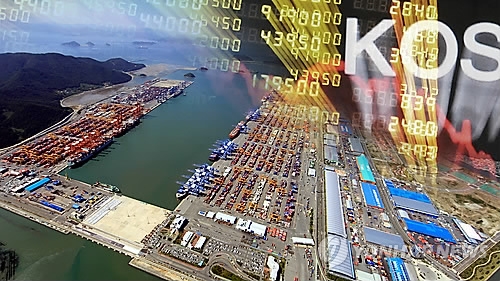 A market consensus is that many of the top 20 KOSPI firms in terms of market capitalization improved their earnings last year.

"Due to the increase in operating profits, there is growing corporate valuation charm," said Hwang Young-key, head of the Korea Financial Investment Association. "But the growth trend in operating profits without sales growth poses a big threat to the financial market."