The Royal Netherlands Baseball and Softball Federation (KNBSB) said the 31-year-old right-hander will represent the country at the international tournament starting in March.

The Netherlands is paired with South Korea in Pool A in the first round, which will be played at Gocheok Sky Dome in Seoul, and given van den Hurk's knowledge of the Korea Baseball Organization (KBO) hitters and his success here, he may get the starting nod against South Korea on March 7.

Playing defense behind van den Hurk will be proven big league stars, such as Xander Bogaerts of the Boston Red Sox, Andrelton Simmons of the Los Angeles Angels and Jonathan Schoop of the Baltimore Orioles.

Israel and Chinese Taipei are two other nations in Pool A. 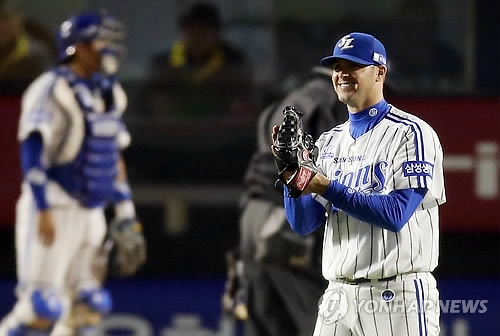