Industrial output jumped 4.8 percent on-year in November, turning around from a 1.3-percent drop in the previous month, while production in the service sector continued its upbeat mode to rise 2.5 percent during the same month.

The average facility operating rate reached 73.5 percent in November, up from 70.5 percent tallied in October.

Exports are the brightest spot on the back of rising oil prices, as December shipments jumped 6.4 percent on-year to mark the second-straight positive monthly figure for the first time in 26 months.

But exports by volume were weak due to a downturn in world trade as they edged up 0.1 percent in the October-November period.

The demand side, however, showed some signs of a slowdown as consumer sentiment dropped to a nearly eight-year low of 94.2 in November while the negative sentiment about the current economic situation grew broadly.

Over the October-November period, retail sales rose 2.8 percent, slowing down from a 6.2-percent rise for the second quarter and 3.6 percent for the third quarter.

"The consumer sentiment index tumbled, suggesting that the possibility of a gradual moderation in private consumption," said the KDI report. "Sagging leading indicators imply that the economy is not likely to improve in the short-run." 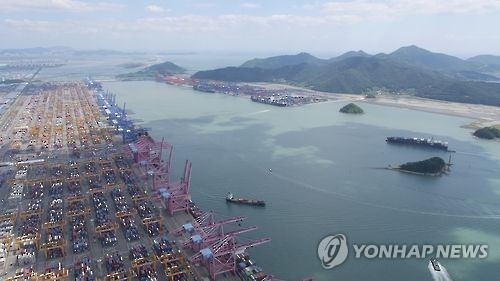