INCHEON, Jan. 5 (Yonhap) -- A 54-year-old employee at GM Korea Co. was found dead in an apparent suicide Thursday, police said, amid an ongoing investigation by state prosecutors into allegations that some company executives and members of its labor union were selling job openings.

According to Incheon Bupyeong Police Station, the employee, whose identity was withheld, was found in a factory of the South Korean unit of U.S. automaker General Motors Co. in Incheon, west of Seoul, by a colleague at around 6 a.m.

A suicide note, mentioning family and the prosecution's investigation, is known to have been found inside the 54-year-old's pocket. Police declined to make the note public.

Prosecutors here have been looking into allegations that some employees at the carmaker may have taken tens of millions of won in kickbacks in exchange for offering permanent job positions to contract workers.

The incumbent head of the labor union has been indicted on charges of receiving 20 million won (US$16,000) from a former employee of a GM Korea subcontractor in exchange for a permanent job position at GM Korea.

The prosecution said the 54-year-old was not subject to its investigation and that the person had not been called in for any questioning.

At present, it is hard to conclude whether the employee was involved in the massive corruption scandal as the prosecution's probe is still underway.

Police said they are investigating the details of the incident. 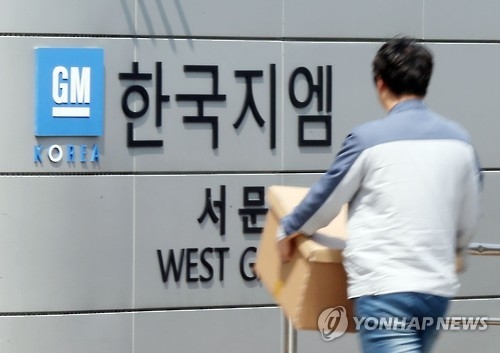