Sharp, which was taken over by Taiwan-based Hon Hai Precision Industry Co., has notified the South Korean tech firm of its decision, the sources said.

Samsung, which receives an average of 4 to 5 million LCD panels every year from Sharp, is currently in negotiation with other LCD suppliers to reduce any impact on its business.

The sources said the South Korean tech giant is looking into other suppliers, including South Korea-based LG Display Co., the world's largest maker of LCD panels, and Chinese companies.

The prices of LCD panels soared during the latter half of 2016 as the makers of TV panels struggled to fill demand caused by aggressive panel buying, according to industry tracker WitsView.

Also, the demand for LCD panels during the first half of 2017 will be above the level expected for the usual off season, it said. 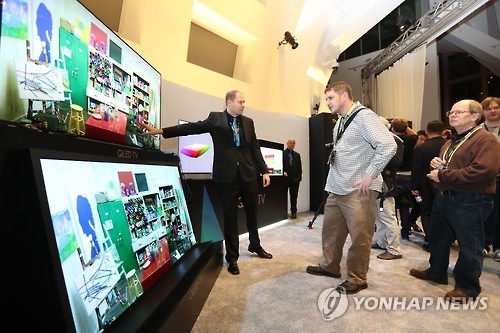