SEOUL, Jan. 5 (Yonhap) -- South Korean girl group Sonamoo released a video teaser for its upcoming EP "I Think I Love You" on Thursday.

The teaser, provided by the idol act's agency TS Entertainment, features the band members with sweet and innocent looks for the new concept, and "Orange Cappuccino," a medium tempo song off the imminent album, in the background.

The lead song, "I Think I Love You," which shares its title with the album, was composed by Shin Hyuk, the hit producer of Justin Bieber's "One Less Lonely Girl", EXO's "Growl," "Voodoo Doll" by VIXX, and "Dream Girl" by SHINee.

The group is slated to embark on promotional activities starting with a showcase event in southern Seoul on Monday, the day of its new album release.

The seven-member act, composed of members Sumin, Minjae, D.ana, Nahyun, Euijin, High.D and NewSun, made their debut with the 2014 album "Deja Vu." 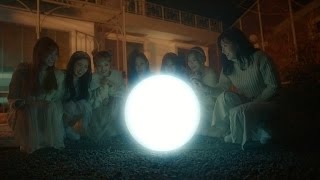