Early Friday morning, police will request a formal arrest warrant for Kim Dong-seon, 27, who was taken to Gangnam Police Station after beating workers, whose identities were withheld, at a bar in southern Seoul at around 3:30 a.m.

"I deeply apologize for what I've done (to the bar workers) and won't let this happen again," he told reporters after a police examination late Thursday.

The younger Kim, who is a member of the group's equestrian team and an official at Hanwha Engineering & Construction Corp., is also suspected of destroying a patrol car while being escorted to the police station.

Asked if he will consider quitting his post at the construction company due to the incident, Kim said he will fully cooperate in the police investigation and will take time for self-reflection. 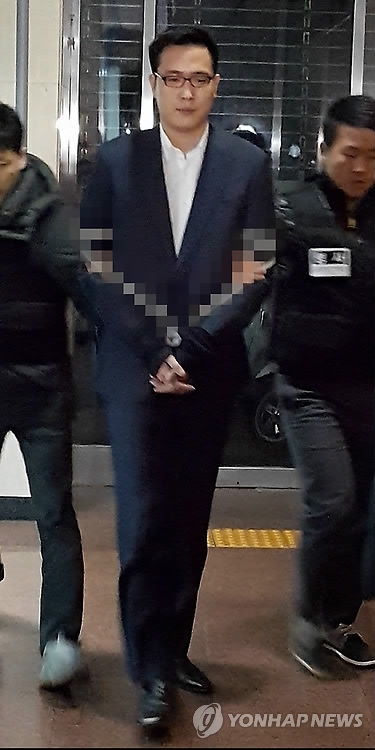