SEOUL, Jan. 5 (Yonhap) -- The crime-action film "Master" has become a box-office sensation surpassing the 5 million viewer mark early this week. But its director Cho Ui-seok was so afraid of the audience's response that he has yet to see the movie's completed version at a theater.

"I have not had the heart to go see the movie out of fear. I was relieved only after my acquaintances left text messages that the movie was 'thrilling.' I thanked them a lot," Cho said during an interview with Yonhap News Agency by phone Thursday.

What has impressed him the most was the film's 13 billion-won (US$10.9 million) budget, which is very high considering Korean movies' average production cost of about 2 billion won, including marketing expenses.

The movie has been one of the highly anticipated titles in the second half of last year for its star-studded casting, including Lee Byung-hun, Gang Dong-won and Kim Woo-bin, and the high budget. Industry insiders say it will easily hit the 10 million mark in attendance. The film is about an intellectual war among a notorious con man, his sly right-hand man and a police investigator over a major financial scandal.

"Actually, I have been under much pressure (for the film's commercial success) because of its casting and the high production cost that is double the amount spent for my preceding work."

Fortunately, the movie passed the break-even point only eight days after its release to local theaters on Dec. 21 and exceeded 5 million in attendance on Sunday. 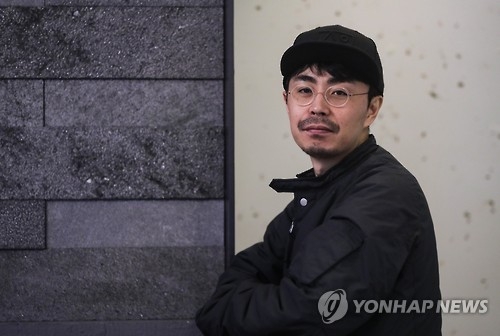 The 40-year-old helmer stayed aloof, however, because "only heaven knows which film would hit 10 million."

"But I'll do all I can till the last minute to promote the film," he said.

Cho made his directorial debut in 2002 at age 25 for "Make It Big," drawing media attention for being the youngest feature film director in the country. In 2006, he released his second feature film "The World of Silence," but it was unsuccessful in the market, drawing only 160,000 viewers. This made him unable to release a follow-up work for seven years before receiving renewed attention thanks to the success of his third feature "Cold Eyes." The movie sold 5.5 million tickets in local theaters.

And this year, his latest film "Master" proved his ticket power in the box office, outdoing his previous title.

"My goal was just to outdo the box-office record of my preceding film, and I'm now glad to have achieved it," he said.

The filmmaker said that "Master" has plenty of "Easter eggs."

For instance, the camera shows a picture depicting David and Goliath hung on the wall in the office of Kim Jae-myeong (Gang) to deliver the director's intent to liken the righteous police investigator struggling to bring the evil business tycoon Chairman Jin and his criminal ring to justice.

"The movie provides the fun of finding Easter eggs even to those who see it a second time." 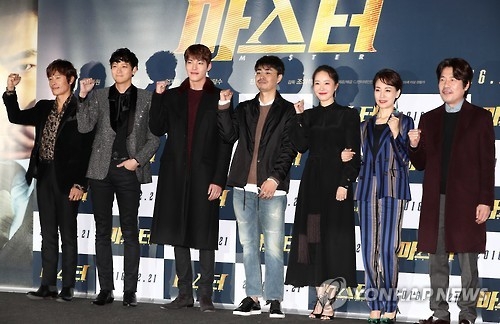