Over 200 billion won worth of Choco Pies were sold in China last year, the company said, adding the comparable figure for domestic sales was 140 billion won, up 37 percent from a year earlier.

The company attributed the growth to the growing popularity of banana-flavored and green matcha tea Choco Pies aimed at Chinese consumers who are fond of tea.

Choco Pies, which were first released in 1974, are being sold in over 60 countries.

Orion built a Choco Pies factory in Shanghai, China, in 2002. 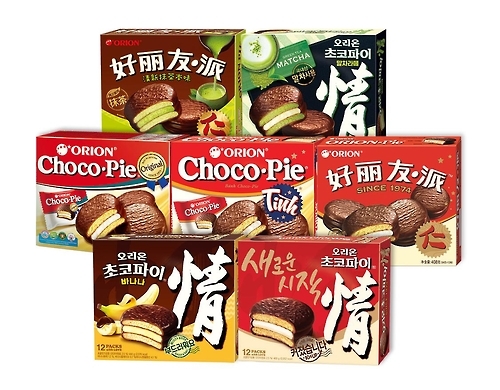