SEOUL, Jan. 5 (Yonhap) -- South Korean boy band BIGBANG has been named one of the world's 30 most popular celebrities under the age 30 for this year by Forbes magazine.

The members were the only Koreans on the U.S. economic magazine's "30 Under 30: Celebrities" for 2017, which was uploaded on the magazine's official website Wednesday (U.S. local time).

The achievement followed the magazine's inclusion of the K-pop band on its list of "30 Under 30 Music Class of 2017" the previous day.

Last year, the Korean act was included on Forbes' list of the world's 100 highest paid celebrities for earning $44 million in 2016, which was more than top U.S. groups like Maroon 5. 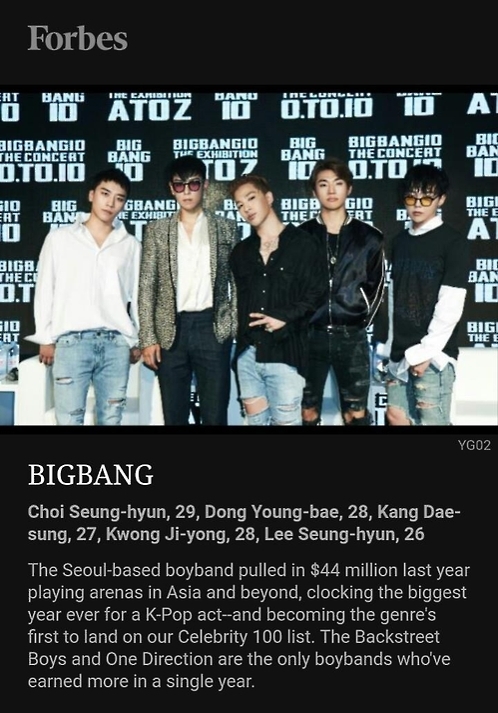