In a policy plan briefing to Prime Minister and Acting President Hwang Kyo-ahn on its policy direction for 2017, the Ministry of Science, ICT and Future Planning said it will secure various intelligence information technologies that characterize the fourth industrial revolution.

The ministry designated 10 sectors, including the Internet of Things (IoT) and artificial intelligence (AI), which are forecast to generate business opportunities and profits in the future.

The ministry will newly inject a total of 127.1 billion won (US$106.7) for research and development (R&D) into the sectors.

"The fourth industrial revolution that is rapidly transpiring at the moment is posing challenges as we have to come up with a new growth engine for the future but also new opportunities," Hwang said. 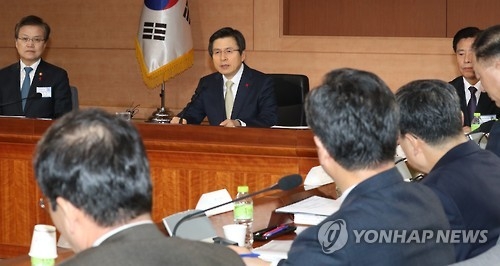 "The ministry will push forward these ambitious policies with an aim to lead the intelligence information society through innovation of science technology," ICT Minister Choi Yang-hee told reporters.

The goal of the projects is to boost the local economy by turning innovative ideas into businesses through science and technology, while generating business opportunities by converging different industries, the ministry said.

In an effort to help scientists, the ministry said it will provide research funding of up to 30 million won per person to 1,000 young scientists this year.

It will also continue to foster startups in 2017, including providing young jobseekers with an opportunity to work at venture firms for first-hand experience in launching a business.

The ministry will continue to nurture 17 centers across the country that provide various kinds of support for aspiring entrepreneurs.

There are concerns that the centers, a centerpiece of the "creative economy" policy initiated by President Park Geun-hye, are at risk amid a widening influence-peddling scandal surrounding the president and her confidante. 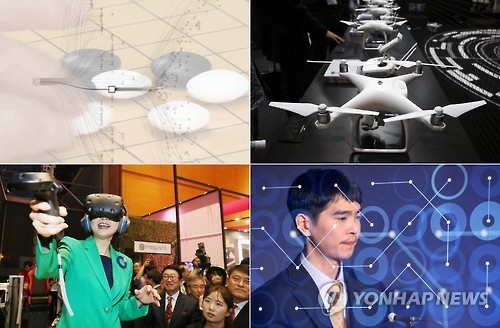 In an effort to overcome such worries, the ministry said it will invite more private experts and capital to match up with local startups and venture firms.

Startups that lack an overseas marketing network can receive assistance from the ministry, which will provide legal and accounting services to tap strategic markets in Southeast Asia and East Europe.

Also, the ministry said it will set up special funds with 150 billion won to help startups and venture firms in the science and technology sectors.

The funds will be focused on establishing infrastructure for basic science and new-growth sectors, and on assisting venture firms.

The budgets are part of the ministry's effort to nurture the bio industry, which is viewed as the nation's next growth engine after IT.

The ministry said it will also spend 500 billion won over the next three years to foster the rapidly growing drone industry as a new growth engine.

The South Korean market for commercial technology of unmanned aerial vehicles is currently estimated at around 27.8 billion won and expected to expand to 1 trillion won in 2019.

As part of the effort, the ministry will kick off a pilot program for the delivery service of medicine in remote parts of the country in March.

One such area is Yeongwol, a vast county of about 40,000 people located 204 kilometers east of Seoul in Gangwon Province, officials said. 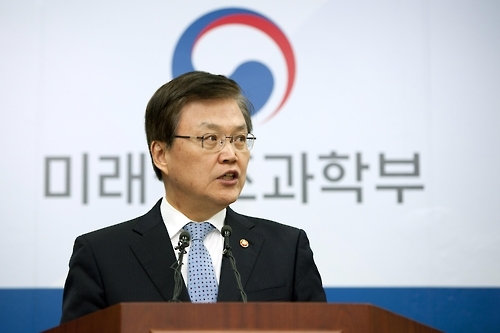