SEOUL, Jan. 5 (Yonhap) -- Popular boy band 2PM will have its last concert before two of its members go to the Army for mandatory military service, the group's management said Thursday.

The six-member group will hold a series of six "6nights" concerts at Olympic Park in southeastern Seoul from Feb. 24-26 and March 3-5, JYP Entertainment said.

This will be the band's first concert in a year and nine months and the last with all six members for a while as two -- Taecyeon and Jun. K -- are scheduled to join the Army this year. All able-bodied South Korean men are required to complete about two years of military service.

Tickets can be purchased on Jan. 16 at 8 p.m. for the band's fan club members and on Jan. 23 at 8 p.m. for all others through the Interpark website at ticket.interpark.com. 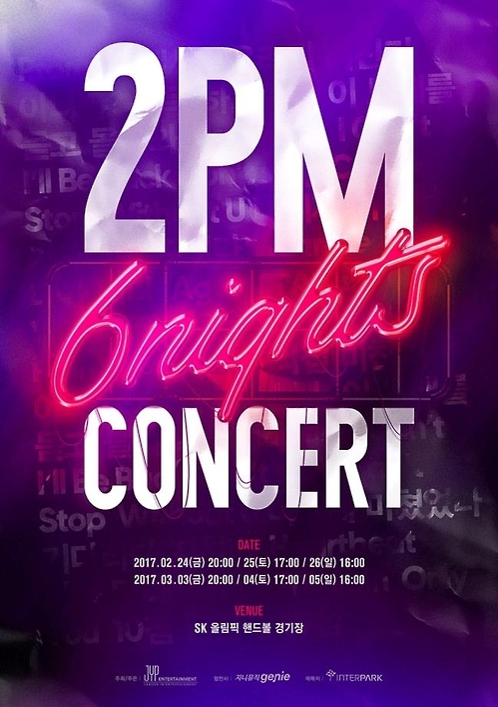