In a regulatory filing, the airline said the new stocks will be sold at 20,450 won each. After the stock offering, the amount of stocks traded on the local stock market will rise to 95.95 million from the current 73.95 million, it said.

The proceeds from the stock offering will be used to pay off debt and help improve its financial status.

The proposed stock sale is the second-largest since the stock offering of 500 billion won in January 2015.

At the end of September, the company's debt ratio stood at 910 percent. 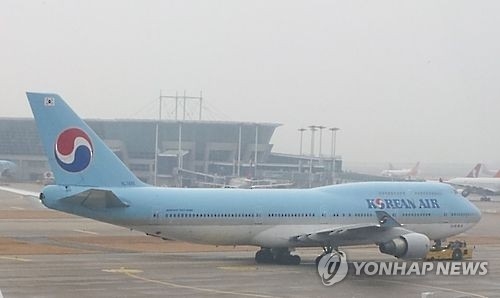 Korean Air Lines to sell 450 bln won worth of stocks

Korean Air Lines to sell 450 bln won worth of stocks