WASHINGTON, Jan. 5 (Yonhap) -- U.S. President-elect Donald Trump pledged Thursday to tax Japanese automaker Toyota heavily if it builds cars in Mexico for sales in the U.S., a threat sure to put many foreign companies with similar plans on edge.

In November, Toyota broke ground for a US$1 billion project to build a plant in the central Mexican city of Guanajuato to assemble the Corolla compact car beginning in 2019.

It is highly unusual, perhaps unprecedented, for a U.S. president or president-elect to take issue with business plans of a foreign company. The threat is expected to serve as a warning that other foreign firms could also face penalties if they seek similar overseas production plans.

Since the election, Trump has foiled some factory relocation plans by U.S. companies.

Air-conditioner maker Carrier has called off its plan to move some 2,000 factory jobs from Indiana to Mexico, and automaker Ford also canceled a plan to build a nearly $1.6 billion plant in Mexico and said it will build a $700 million plant in Michigan.

Under his "America First" slogan, Trump has been highly critical of free trade, blaming it for lost jobs and other economic woes American workers face. He has vowed to pull out of the 12-nation Trans Pacific Partnership (TPP) and renegotiate the North American Free Trade Agreement (NAFTA) to get a better deal. 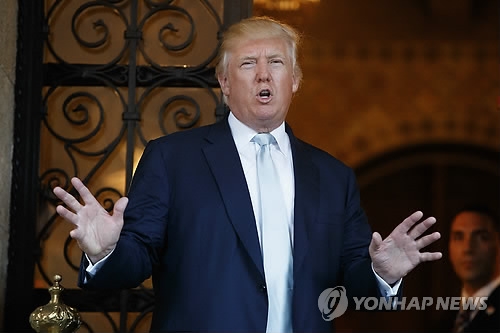 Trump threatens to tax Toyota heavily if it assembles cars in Mexico for sales in U.S.

Trump threatens to tax Toyota heavily if it assembles cars in Mexico for sales in U.S.