Carter made the remark in his "exit memo" before stepping down as defense chief, calling the communist nation "a longstanding challenge in the Asia-Pacific region, where it remains dangerous both to us and our allies."

"In the face of North Korea's continued nuclear and missile provocations, we're improving our nuclear and conventional deterrent capabilities," Carter said without elaborating on what he meant by improving U.S. nuclear deterrent.

Carter said the U.S. has invested in capabilities necessary to deter North Korean provocation and aggression, ensure our forces on the Korean Peninsula remain ready and capable to "fight tonight," if necessary, and defend against threats emanating from North Korea against the United States and allies.

"This includes threats posed by North Korea's nuclear and missile programs, against which DoD (Department of Defense) is fully capable of defending the U.S. homeland. Our position has been, and remains, that North Korea must abide by its international obligation to abandon its nuclear and missile programs and stop its provocative behavior," he said.

The U.S. also remains fully capable of fulfilling its treaty commitments to allies "in the event of a North Korean attack, and we're working with our Republic of Korea allies to develop a comprehensive set of alliance capabilities to counter the growing North Korean ballistic missile threat," Carter said.

In response to a series of missile tests, the U.S. and South Korea also made a joint decision to deploy the THAAD missile defense system to the South by the end of 2017, Carter said. 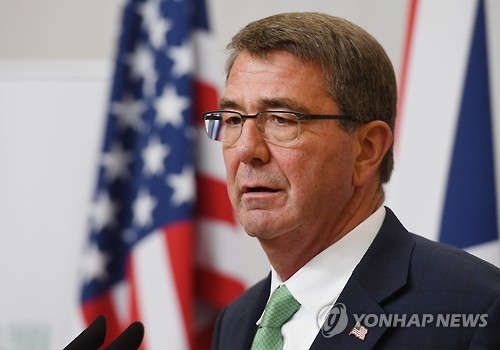