Operating profit is estimated at 9.2 trillion won (US$7.72 billion) in the October-December period last year, up 49.84 percent from the same quarter of 2015, Samsung said in a statement.

For all of last year, Samsung predicted its operating profit may rise 10.64 percent on-year to 29.2 trillion won. 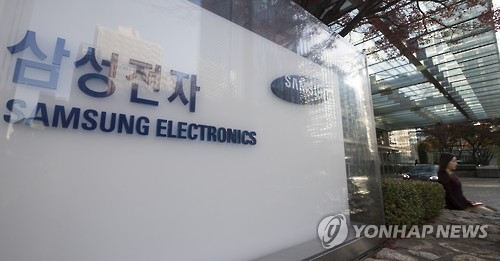 Some analysts said a strong rebound of memory chip prices and healthy sales of flat-panel displays will help Samsung make up for losses from the Note 7 recall.

Samsung is expected to announce the results of its investigation into the Note 7 this month.

Samsung did not provide reasons for the fourth-quarter earnings guidance and will elaborate when it officially releases its earnings later this month.

Kim Dong-wan, a researcher at Macquarie Securities in Seoul, said Samsung's profits are on track for a strong recovery as prices of memory chips have rebounded since the third quarter last year amid healthier operating margins from its sales of organic light emitting diode (OLED) display panels.

"The memory chip sector is believed to have shown a strong performance through much of the fourth quarter last year, while the information technology and mobile business sectors outperformed the market," said Lee Seung-woo, an analyst at the Seoul-based IBK Securities.

Lee said Samsung's semiconductor business will continue to be strong, and its sales of displays are likely to be solid this year.

Song Myung-seop, an analyst at Hi Investment & Securities, also expected Samsung to report a strong surge in its first-quarter operating profit this year.

"The first-quarter operating profit is expected to stand at around 9.5 trillion won, helped by strong sales of semiconductors and displays," Song said.
(END)