In its annual policy plan reported to Acting President Hwang Kyo-ahn, the Ministry of Agriculture, Food and Rural Affairs said exports of farm products are expected to reach $7 billion this year, up from $6.5 billion tallied in 2016.

Overseas sales of agricultural machinery will grow to $3 billion in 2017, it added.

"We will pick potential companies and help them do business abroad, and strengthen support for overseas marketing and logistics," the ministry said. "The government will make efforts to go on talks to ease quarantine regulations in a bid to pave a wider way for local exporters."

In a bid to meet demand from Islamic countries, the South Korean government will increase support for consumer-tailored foodstuffs, including halal food, referring to food products that are prepared in a specific way according to Islamic Sharia law.

As part of ongoing efforts to deal with a chronic supply glut of the staple crop, the ministry said it will reduce its rice paddies some 4.5 percent compared with last year, or 35,000 hectares, in 2017.

The country's total rice output hit 4.2 million tons last year, exceeding an estimated 3.9 million tons expected to be consumed, due to a sharp drop in rice consumption stemming from changes in diet and eating habits.

In addition, the government will revise the rice subsidies program, which has been under fire for causing the rice oversupply. Under the program, local rice farmers are given a certain amount of money from the government when the market price falls below the target level.

The ministry will do its utmost to end the spread of avian influenza that has killed more than 30 million chickens and ducks since its first outbreak in November, and stabilize the supply of poultry products in the coming months.

It will also strengthen its quarantine line to prevent further outbreaks of animal diseases in the country, including streamlining the decision-making process to take swift action.

Meanwhile, the government will support 50 percent of shipping costs for egg imports until Feb. 28 as a way to stabilize the soaring egg prices here. It estimated that some 900 million won will be spent to cover the program, noted the ministry.

Earlier, it announced a plan to remove tariffs on imported fresh eggs and egg products during the first six months of the year as the widespreading avian flu and the massive culling of chickens have pushed up local prices of eggs and other products, such as bread, snacks and instant noodles.

"The government came up with the support program as we expect the supply shortage of eggs to last until the end of February," the ministry said. "We will watch the trend after February and seek further measures."

According to industry sources, a local retailer has reached a deal with a U.S. firm to import some 1.8 million fresh eggs, while 14 U.S. egg producers have sought approval from the South Korean quarantine authorities.

The Seoul government is in talks with its U.S. counterpart to open the quarantine procedures on fresh eggs as it is the first time that the country will import eggs from a foreign country, the ministry added. 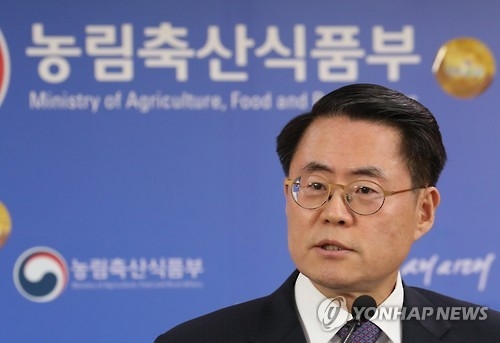