SEOUL, Jan. 6 (Yonhap) -- South Korea is set to diversify the source of foreign tourists this year amid concerns that diplomatic tensions with Beijing may slow the growth rate of Chinese tourist arrivals, industry experts said Friday.

The number of foreign tourists arriving in South Korea hit a record high of 17.2 million last year after falling 6.8 percent on-year due to the spread of the Middle East Respiratory Syndrome (MERS) virus here a year earlier.

Industry experts said the country's foreign tourism sector got back on track due to various favorable factors, such as a weakening Korean currency.

In 2016, Chinese accounted for nearly half of all foreign tourists with 8.04 million, helped by South Korea's campaigns and the easing of visa rules to target a growing group of Chinese independent tourists.

Despite the upturn, there are concerns that ongoing tensions stemming from Seoul's decision to install the Terminal High Altitude Area Defense (THAAD) missile system may have adverse effects on the tourism sector down the road.

The latest moves raised speculation about Beijing's strong opposition as China believes THAAD will harm its strategic interests in the region.

In this regard, the Seoul government is moving to diversify the source of foreign tourists by launching aggressive marketing campaigns targeting Japan and Southeast Asian nations, the experts said.

Also, the government will customize travel packages priced over 3 million won (US$2,700) for wealthy Chinese visitors who spend big in South Korea. 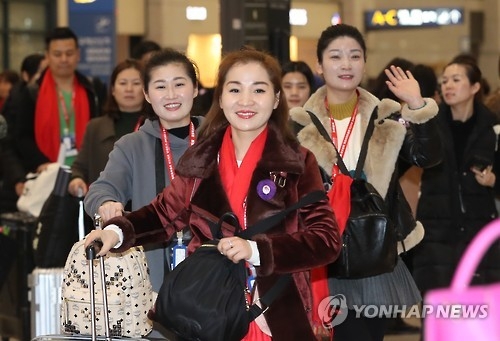