The Ministry of National Defense said it will develop laser technology by next year to shoot down aerial drones as part of its broader laser weapon system.

The decision came as North Korea is suspected of having sent several UAVs near the border areas in recent years in what could be reconnaissance missions.

North Korea has denied ownership of the captured UAVs, but South Korea said the North is building larger drones with greater range and with the capability to be flown remotely by flight controllers.

Seoul estimates that Pyongyang has some 300 observation drones and around 10 machines capable of conducting attacks with weapons, military officials said.

Such drones are a source of concern because they cannot be picked up easily by radar due to their relative small size and ability to fly low. Military planners have said even if they are detected, it may be hard to shoot them down with conventional anti-aircraft weapons. 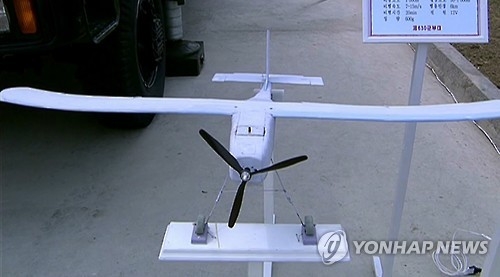