SEOUL, Jan. 6 (Yonhap) -- The Ministry of Culture, Sports and Tourism said Friday that it plans to build a permanent promotion venue for Korean fashion brands and designers in New York this year.

The plan, revealed during the 2017 policy briefing, came after consistent requests from the relevant industries that they need a regular communication and promotion place at the center of the global fashion industry, rather than participating in one-off fashion events.

The showroom, which will be built in the city with a budget of 2 billion won (US$1.68 million), will introduce and sell Korean fashion brands, and help up-and-coming designers in need of global promotion and sales networks.

It will diversify fashion show formats by, for example, adding elements of popular Korean entertainment products to differentiate and boost sales, the ministry said. 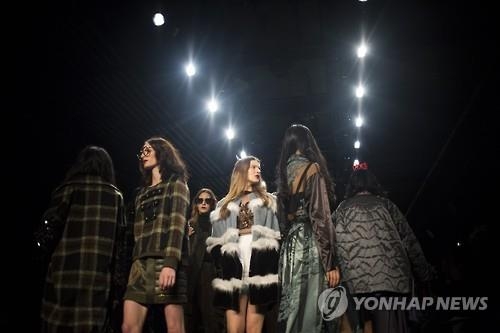