SEOUL, Jan. 6 (Yonhap) -- South Korea's minor opposition People's Party on Friday ruled out the possibility of a reunion with the main opposition Democratic Party, which it was splintered from last year after a bitter factional fighting.

"Moon, who was responsible for the separation (of the People's Party), does not deserve to make such a suggestion," Joo told MBC Radio.

"But we can seek an alliance. We do not dislike the pro-Moon faction itself. There are some good lawmakers from the faction. We just want to demolish the hegemony of the Moon supporters," he added.

Regarding the possibility of its alliance with the planned New Conservative Party for Reform, he said it will depend on the newcomers' stance on reformative bills at the National Assembly.

The new party, established by lawmakers who left the ruling Saenuri Party, will be officially launched later this month. 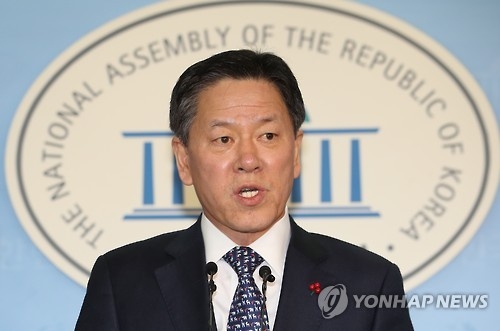