In a meeting presided over by Finance Minister Yoo Il-ho in Seoul, the economic policymakers reviewed the current global economic situations and discussed ways to deal with the current headwinds, according to the Ministry of Strategy and Finance.

Since the Fed's rate-hike meeting in December, the local stock market has been stable and the pace of the strengthening U.S. currency has been eased to some extent.

But big events, such as the inauguration of the Donald Trump administration and the negotiations of Britain's exit from the European Union, will create a drag on the global financial market, coupled with possible turbulence in the Chinese and European equity markets.

The government will keep close tabs on the international issues and get ready to take appropriate action if necessary, the finance ministry said.

As part of efforts to ease foreign investors' concerns over the future of the South Korean economy, Finance Minister Yoo will fly to New York next week to meet with U.S. corporate investors and media.

He will explain the country's major policy plans and its efforts to manage the economy amid rising concerns that the current political turmoil involving the impeachment of President Park Geun-hye will weigh heavily on corporate investment and private consumption. 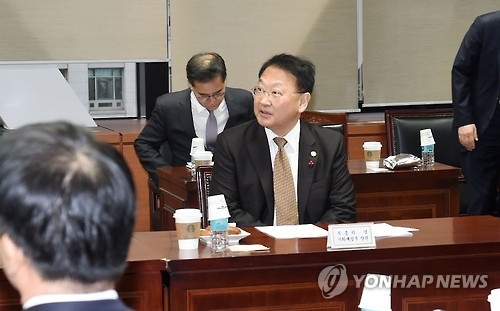 At a separate economic meeting of vice ministers, the government will increase new hirings by 10,000 in the first quarter to ease the tightened job market.

The number of new public servants will be raised to 6,023 this year, up 651 from the previous year's tally, while 11,967 teachers will be employed before March, according to the finance ministry.

It is a follow-up measure of the government's earlier plan to recruit 60,000 people in the public sector throughout 2017 in a way to prop up the economy, which has been suffering from faltering exports and lukewarm domestic demand. 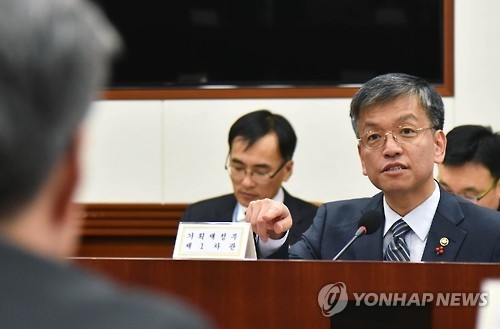