The socialist government provided 354 grams of food per person a day on average last year, just 59 percent of the U.N.-recommended 600 grams, the Voice of America said, citing data from the World Food Program (WFP) and Food and Agriculture Organization (FAO).

The 2016 figure was up about 5 percent from 335 grams the previous year, but fell far short of 573 grams which the North Korean authorities aim to supply, the broadcaster said. It added that the comparable food ration over the past five years since Kim Jong-un took power in 2012 was 345 grams.

More than 70 percent of North Korean residents suffer malnutrition, with most of their food lacking protein, fat, vitamins or minerals, Silke Buhr, WFP's regional communications officer for Asia, was quoted as saying in an email to the broadcaster. 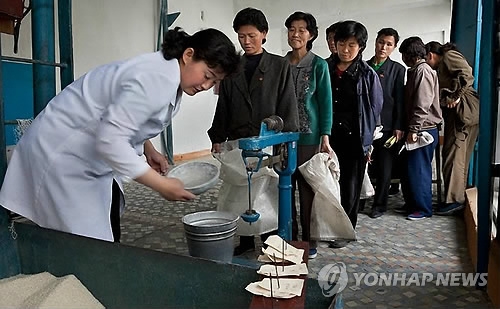