It marked his first inspection since April 2014 when he served as director of the military's general political bureau, which is currently assumed by Hwang Pyong-so, widely viewed as the No. 2 official in North Korea. They are both key aides to North Korean leader Kim Jong-un. 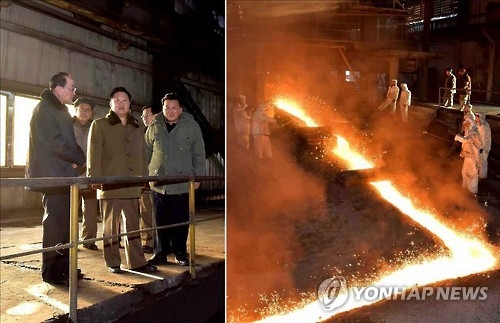 The on-site survey has been conducted by ranking officials, including the premier, since 2011 as a way of giving instructions and gathering background information to set policy.

North Korea's leader usually makes the on-site "field guidance" to the military's units and other key places, accompanied by his entourage.

The North's media previously reported on Choe's field surveys on nine occasions for two years starting April 2012. Hwang has accompanied the country's leader on his on-site tours, but has not conducted field surveys as a top military official.