SEOUL, Jan. 6 (Yonhap) -- South Korea has confirmed another case of the Zika virus infection, raising the number of people infected with the virus here to 17, health authorities said Friday.

A 20-year-old Korean woman was confirmed to have been infected with the mosquito-borne virus after visiting the Philippines, according to the Korea Centers for Disease Control and Prevention (KCDC).

She is presumed to have been bitten by a mosquito during her five-day stay in the Southeast Asian nation in December, they said

The woman, who had received treatment at a Seoul hospital, is currently healthy, KCDC officials said.

Thirteen South Koreans infected with the virus were infected while traveling to Southeast Asian countries, including the Philippines and Vietnam, while four others made a trip to Central and South American nations, including Brazil, the KCDC said.

The KCDC advises pregnant women and their partners who are worried about potential exposure to consider avoiding travel to such areas. Those who have traveled to affected regions in the past two months are advised to avoid any sexual contact or wear condoms if their partner is pregnant.

The virus, first discovered in Africa, is not life-threatening but may be linked to thousands of birth defects in newborn babies like abnormally small heads and improperly developed brains. 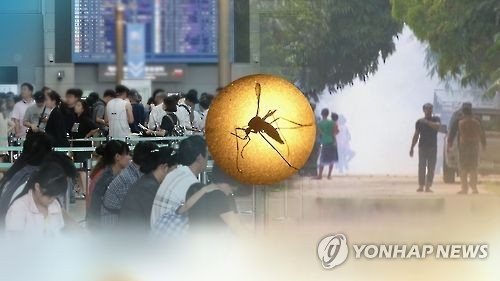