Earlier in the day, the Tokyo government said that it has broken off the negotiations with South Korea to reopen the currency swap deal, citing Seoul's recent move to let the statue symbolizing the victims of Japan's wartime sexual slavery be built in front of its consulate building in the southern port city of Busan.

In August last year, the finance ministers from the two countries agreed to resume the talks after a US$10 billion bilateral currency swap agreement, that had been maintained since 2001, expired in February 2015.

A currency swap is an arrangement between two countries to exchange one currency for another at a specific rate of exchange in a bid to use the powerful foreign currency to soothe volatility in the local currency market. 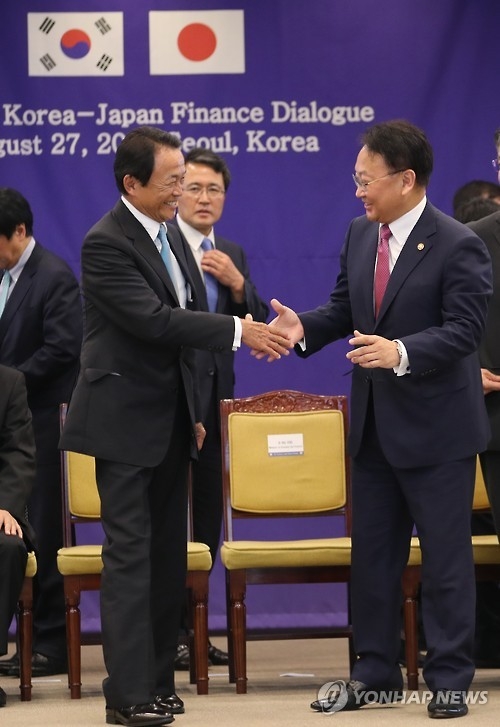