China has openly criticized the Korean government's plan to set up the U.S. missile defense system called THAAD on the peninsula, citing the move would harm its strategic interests in the region.

In an apparent retaliation, China has restricted cultural exchanges in the tourism and entertainment sectors. It has stopped South Korean entertainers from appearing in a Chinese show or holding an event in the mainland and launched a tax probe into the Chinese branch of South Korean conglomerate Lotte.

In a policy briefing Friday for Acting President and Prime Minister Hwang Kyo-ahn, the Ministry of Culture, Sports and Tourism and Korea Communications Commission (KCC) have came up with policy measures to minimize negative impacts of the ongoing diplomatic feud and support the country's entertainment industry and content makers.

As part of the measures, the culture ministry will open a second business center in Chongqing in southwest China to help Korean content creators make more smooth inroads into the Chinese market. Last month, it opened one in Beijing. It will offer a one-stop service to solve various language and logistics problems facing Korean firms that do business in China.

It will hold the Korea-China Cultural Industry Forum as planned, which is tentatively scheduled to take place later this year and attended by vice ministers from both countries. Also there won't be any change in the plan to mutually sign on an agreement to co-produce TV programs, hold various Korean cultural events and raise a fund to invest in a joint production project, the ministry said.

Separately, the government feels the need to hedge against risks by diversifying the export market for Korean entertainment products, as the recent conflict proves that it is too risky to depend heavily on one country.

"It is too big a risk that we focus on only one market for content export. We need to develop other markets as well, including Southeast Asia, even though the size is small," said KCC Chairman Choi Sung-joon on Thursday.

The KCC said the agency will work along with the culture ministry to support content makers by devising policies and offering legal counseling. 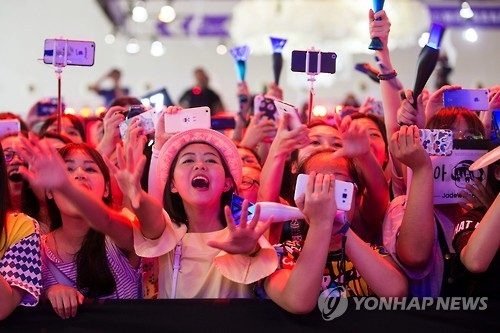