SEOUL, Jan. 6 (Yonhap) -- The supply of eggs to the military has declined greatly recently after the culling of over 30 million chickens to contain the outbreak of the avian influenza across the country since November, military and industry sources said Friday.

"We've reduced the supply of eggs to the military by more than 30 percent, and the situation will aggravate from now on," an official of the National Agricultural Cooperative Federation said.

The federation has been providing 120 million eggs to the military on an annual basis, which accounts for 100 percent of the eggs consumed by the military, the official said, adding the price of one egg has risen to 210 won (US$0.18) although the military pays 140 won for each egg. 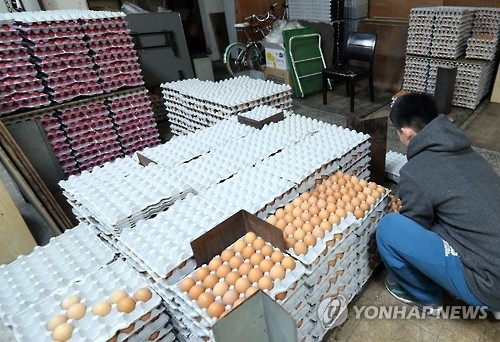 The military plans to provide more sausages to soldiers to address the egg shortage, a Defense Ministry official said.

The Seoul government has said it will support 50 percent of shipping costs for egg imports until Feb. 28 to help stabilize the soaring egg prices.

Seoul will also remove tariffs on imported fresh eggs and egg products for the coming months as the avian flu and the massive culling of chickens have pushed up the prices of eggs, bread, snacks and instant noodles made with eggs. 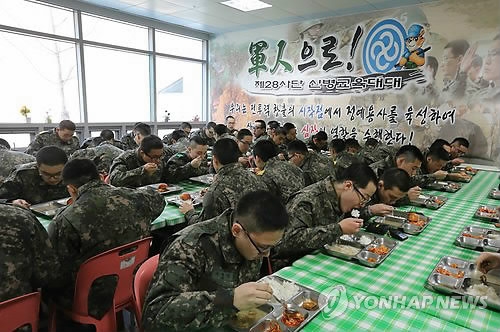 Egg supply to soldiers falls greatly due to bird flu

Egg supply to soldiers falls greatly due to bird flu