SEOUL, Jan. 9 (Yonhap) -- South Korea's health ministry said Monday that it will make all-out efforts this year to tackle the nation's chronically low birthrate, as the issue has arisen as a major social problem here.

In a briefing to Prime Minister and Acting President Hwang Kyo-ahn on its policy direction for 2017, the Ministry of Health and Welfare announced various measures in an aim to increase the number of births.

South Korea has one of the lowest birthrates among the Organization for Economic Cooperation and Development members, stoking concern that it could cripple the country's growth potential and possibly result in more welfare expenses.

The ministry forecasts about 407,000 infants to be born this year, with the country's fertility rate, or the average number of babies that a woman is projected to have during her lifetime, dropping to 1.2 percent. 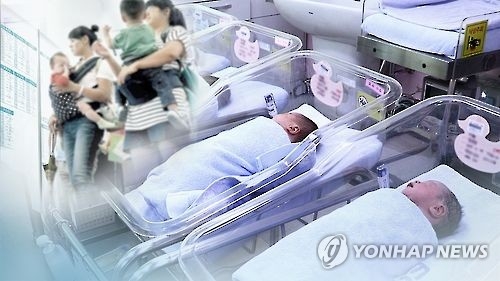 The South Korean government will provide various incentives to companies that create a working environment friendly to newlyweds and pregnant women.

These companies will receive preferential treatment when bidding for state projects, the officials said.

Under the policy plan, the ministry will also expand subsidies to couples in low income brackets by providing 2 million won (US$160) annually to purchase diapers and powdered milk.

In an effort to help those having difficulty with pregnancy, the government will provide subsidies for infertility treatments to couples from all income brackets.

The ministry said medical costs for infertility treatments, including three sessions of artificial insemination and a maximum of four sessions of external fertilization, will be covered by national health insurance.

Medical costs for infertility treatments had so far only been covered by national health insurance for couples with low incomes. In order to qualify for the subsidy, a couple had to earn less than 150 percent of the national average monthly income, which is about 5.3 million won. 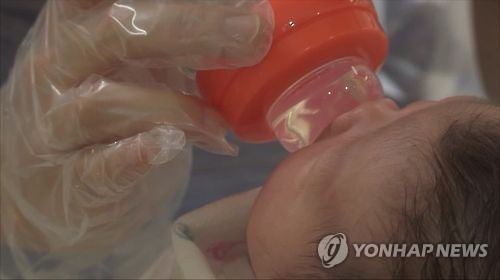 Also, families where both the husband and wife work and have more than three children will have priority access to daycare centers, the ministry said.

Under the plan, households with dual incomes and more than three children will be guaranteed priority in enrolling their children in both state and private daycare centers as well as kindergartens that are largely considered short in demand.

Families with three children and a single income will also be given priority, the ministry said, noting that dual-income families with two children will soon have more benefits as well.

The ministry said it will build 410 more state-run daycare centers and set up a better working environment for the employees there.

In an aim to help children in vulnerable social groups, the ministry said it will set up a system utilizing big data by joining hands with other health and insurance agencies and the education ministry.

The education ministry will provide data on students who are absent at schools for a long time or suspected of being neglected, and the National Health Insurance Corporation will give data on children who are not properly vaccinated in time.