SEOUL, Jan. 6 (Yonhap) -- The CEO of the advertising affiliate of Samsung Group was questioned by investigators Friday over allegations the country's largest business group gave undue favors to the family of President Park Geun-hye's friend who is at the center of a massive corruption scandal.

Lim Dai-ki, 60, at Cheil Worldwide Inc. appeared before the independent counsel team's office in southern Seoul over Samsung Electronics Co.'s funding of 1.62 billion won (US$1.35 million) for the Korea Winter Sports Elite Center, controlled by a niece of Park's friend Choi Soon-sil, between 2014 and 2016.

Choi, currently standing trial over a string of corruption charges, allegedly ordered her niece Chang Si-ho to set up the foundation to pocket profits through deals related to the 2018 PyeongChang Winter Olympics, according to state prosecutors. Choi and Chang have been put behind bars over their alleged involvement in the scandal.

Investigators are expected to grill Lim over why the group decided to support the sports foundation and if it was in return for the state-run pension fund's backing of a major merger deal between Samsung's subsidiaries in 2015.

There have been allegations the presidential office Cheong Wa Dae pressured the state fund to support the merger in return for favors Samsung gave to Choi. 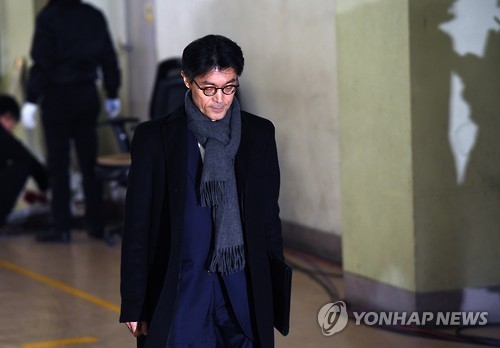 Also on Friday, Mo Chul-min, South Korea's ambassador to France who was formerly the senior presidential secretary for education and culture, was quizzed over a blacklist of cultural figures the presidential office allegedly created.

There have been suspicions that it was created to restrict those deemed critical of the government from receiving state support.

Lee Kyu-chul, the spokesman of the investigation team, confirmed the existence of the blacklist during a regular press briefing on Friday.

"We are now at the stage of investigating how the list was created, managed, and if those listed were actually restricted from receiving government sponsorship," Lee said.

Mo was once questioned by the investigators in December after he returned to South Korea following a summons from the probe team. 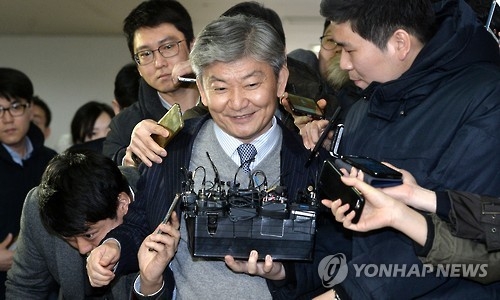