Kim Dong-seon, 27, was taken to Gangnam Police Station early Thursday after beating the workers, whose identities were withheld, at a bar in southern Seoul at around 3:30 a.m.

The younger Kim, who is a member of the equestrian team of South Korea's eighth-largest business group and official at Hanwha Engineering & Construction Corp., is also suspected of destroying the interior of a patrol car while being escorted to the police station.

Police earlier said they decided to seek a warrant because of the seriousness of the crime and his record of committing a similar violence in the past.

After a police examination late on Thursday, Kim told reporters he will fully cooperate with the investigation and take time for self-reflection. 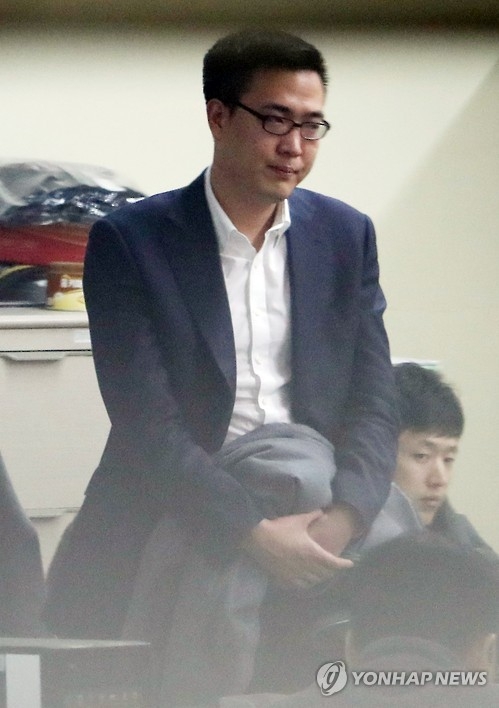