AALBORG, Denmark, Jan. 6 (Yonhap) -- The daughter of the woman at the center of South Korea's political scandal does not plan to return home from Denmark to face questioning over her mother's suspected crimes, a source said Friday.

Chung Yoo-ra, 21, has been wanted by South Korean investigators since her mother Choi Soon-sil was accused of having abused her ties to President Park Geun-hye to gain various business and personal favors, including her daughter's admission to a prestigious university in Seoul. Choi, a confidante of Park, has denied all charges.

"Chung initially said she would return home if the authorities allowed her to stay with her (19-month-old) son, but I understand that she has changed her mind," the source close to the issue told Yonhap News Agency by phone. "She's decided not to return to South Korea." 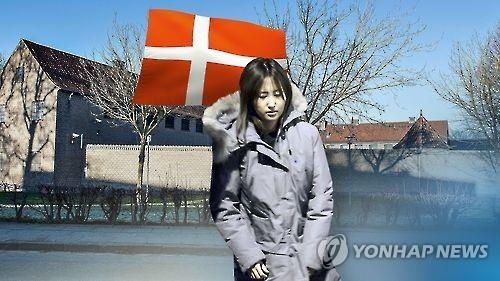 Chung was arrested in the northern Danish city of Aalborg on Sunday on suspicion of illegal stay and has since been held at a detention center in the country.

On Thursday, she had her first meeting with her son since her arrest, leading to speculation that the meeting caused her to change her mind. Moreover, South Korean authorities earlier dismissed Chung's conditional offer, saying they would not negotiate with a criminal.

Danish prosecutors have begun a review of Chung's repatriation at the request of South Korean authorities. However, Chung could disobey any order to return home by taking the issue to court.

Daughter of woman in corruption scandal has no plans to return to S. Korea: source

Daughter of woman in corruption scandal has no plans to return to S. Korea: source