SEOUL, Jan. 6 (Yonhap) -- Further improving the business environment in South Korea is key to upgrading the economic relationship between the Northeast Asian country and the United States to the next level, Washington's ambassador to Seoul said Friday.

"The next phase of this economic relationship really needs to be focused on business environment here. (It needs) fair, predictable and transparent regulatory reform, creating a better investment climate," Amb. Mark Lippert told a group of reporters in a joint interview with James Kim. Kim, CEO of GM Korea, is the chairman at the American Chamber of Commerce in Korea (AMCHAM).

Currently, "the U.S. is the number one investor in Korea, but how do we attract even more investment on both sides of the Pacific? So moving in to the second phase of the general business environment is our shared vision," the envoy noted.

His comments come as the countries are set to mark the fifth anniversary of their free trade agreement (FTA) in March.

Over the years, the FTA sharply increased investment, trade and service sector cooperation between the countries, he stressed.

"(But) many of the sectors we had hoped to unlock in very fulsome growth under KORUS FTA are not doing as well as they should because of some of the business environment. So that's the next step," Lippert said. "So the thing is work aggressively on KORUS implementation and turn to the next chapter, the next stage to build on that foundation."

Touching on South Korea's weekly candlelight vigils held to demand the resignation of President Park Geun-hye, who is now on trial at the Constitutional Court, the ambassador said "we are seeing democracy in action."

"As difficult as sometimes Koreans express their situation to be, remember there's a lot to be positive about," Lippert said.

"Let me tell you ... you are the envy of the world ... what is amazing is in my travel (to Africa and Latin America) I can't tell you how many times I got the question: How did the Koreans do it. We want to know what their secret is," he said, calling the country the most spectacular economic and political development story in the history of the entire world.

"In the end, you know Koreans have such a strong will, they are such intelligent people, thoughtful and articulate, that they will find a way to figure it out," he noted.

Asked what he would miss the most after finishing his term, he cited Korean food as one of several elements.

"It's one of the world's greatest cuisine, healthy and good. It's probably undervalued stock right now from the international cuisine. But it's rising. So if it was a stock, I would put buy recommendation in it." 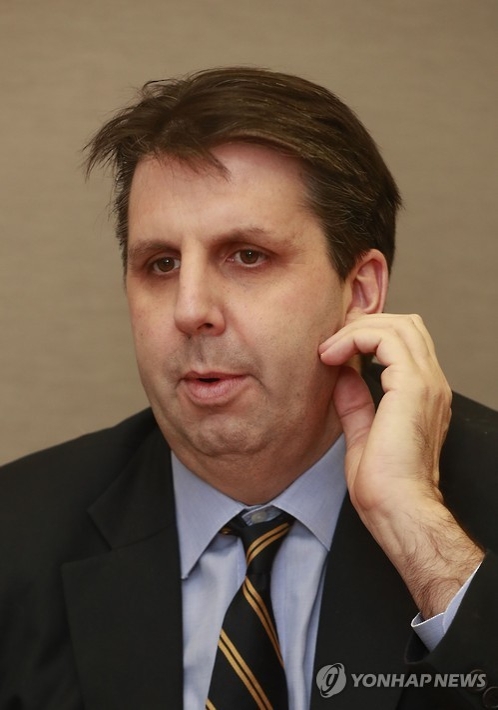 "It's also a platform to fix and address a lot of issues that come up. By now we have rules and regulations on KORUS ... because of that at least we have a place to start," according to Kim.

For the year 2017, AMCHAM will strive to become a bridge between new administrations in South Korea and the U.S., Kim said, pledging efforts to "ensure (South Korea is) the best place to do business" for American companies. 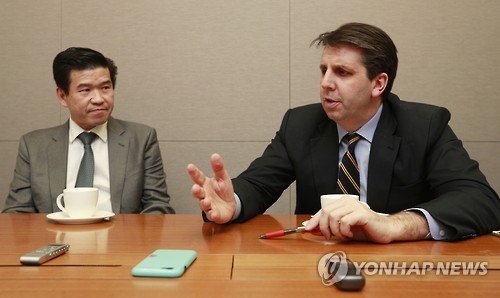