SEOUL, Jan. 7 (Yonhap) -- Special prosecutors on Saturday grilled a former vice culture minister and an ex-presidential secretary as they accelerated their probe into suspicions the presidential office created a blacklist of cultural figures deemed critical of the government. 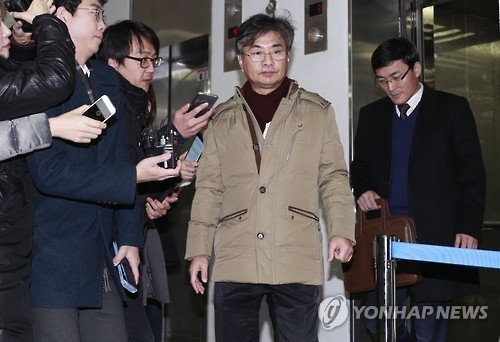 There have been allegations that the presidential office Cheong Wa Dae created the list and handed it over to the culture ministry to restrict those on the list from receiving government sponsorship.

The team's spokesman Lee Kyu-chul on Friday confirmed the existence of the list, adding they are now clarifying how the list was created, managed and if those listed were actually hindered from receiving support.

Chung and Shin were both previously questioned by the investigation team earlier last month, but this time their statuses have changed to suspect from witness.

The team, led by Independent Counsel Park Young-soo, has been intensifying its probe into the alleged blacklist, summoning a number of officials related to the case.

The list is known to have nearly 10,000 people on it, including author Han Kang, winner of the Man Booker International Prize 2016, and director Park Chan-wook, who won the grand prize at the Cannes Film Festival in 2004. 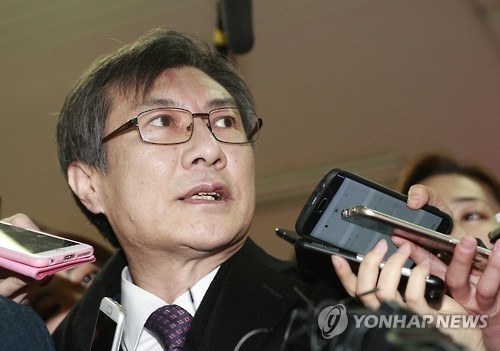