Multinational firms, reaching only 1.5 percent of the country's 673,374 companies at the end of 2015, earned a combined 664 trillion won (US$555 billion) and paid a total of 5.3 trillion won in corporate tax that year, data from the National Tax Service (NTS) showed.

"Foreign firms operating here are relatively bigger than domestic ones in terms of size. The size of their (individual) income and taxes often exceeds that of local companies," an NTS official said.

Seven out of 10 foreign firms in South Korea are from the United States, Japan, Hong Kong, Singapore and China, and they are mainly involved in the services, wholesale and retail businesses, according to NTS data.

Foreign companies here include multinational firms directly controlled by their parents in their home countries and foreign-invested firms. 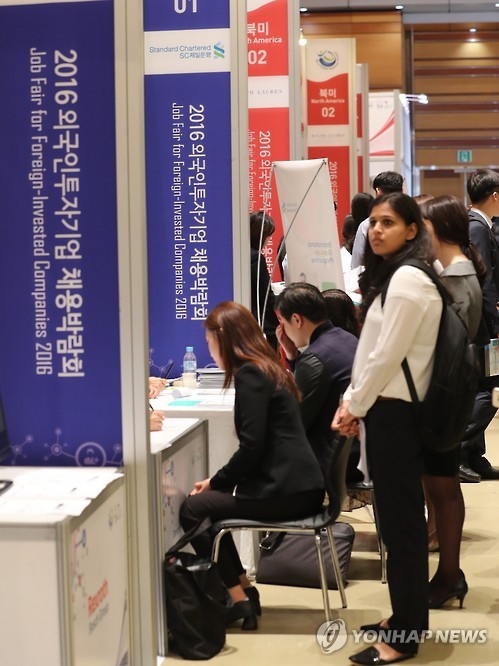