The request was made when Ambassador Choi Jai-chul met with Mohammad Ahsan, deputy director at Denmark's Office of the Director of Public Prosecutions, at the latter's office in Copenhagen on Saturday, the officials said. 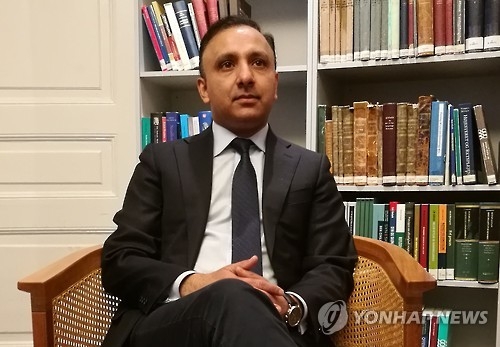 At the meeting, Choi asked Danish prosecutors to make a decision on the extradition of Chung as soon as possible, while expressing gratitude to the Danish government for accepting the South Korean government's request for an emergency arrest of Chung last week and extend her detention to the end of this month, they added.

Chung, the 21-year-old only daughter of Choi Soon-sil, the woman at the center of South Korea's political scandal, was arrested in the northern Danish city of Aalborg on Jan. 2 on charges of illegal stay and has since been held at a detention center in the country. Chung has been wanted by South Korean investigators since her mother was indicted on charges of having abused her ties to President Park Geun-hye to gain various business and personal favors, including her daughter's admission to a prestigious university in Seoul.

Ambassador Choi also told Ahsan that the South Korean government has nullified Chung's passport, and it will take effect Jan. 10.

In response, Ahsan said he was well aware of South Koreans' attention to the extradition of Chung and promised to make efforts for an effective solution to the matter, according to the embassy officials.
(END)