Single-income families earned an average of 3.71 million won (US$3,100) in the third quarter ended Sept. 30, down 1.6 percent from 3.77 million won a year earlier. In the first and second quarter, their on-year income fell 2.6 percent and 0.1 percent, respectively, according to data from Statistics Korea.

Single-income families include single-member households and families in which the father and son together earn to make a living, according to the government. Two-income, or double-income, families refer to a family where a couple participates in economic activities.

It was the first time for the income of single-income families to decline for three straight quarters since Statistics Korea began to compile related data in 2003.

Given that the economy worsened in the fourth quarter, chances are high the annual income of single-earner families will post negative growth for the entire year in 2016, the first time that's happened, the government agency said. 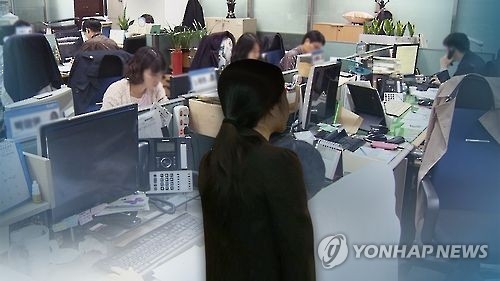