Ri is known to have been killed in 2012 as his complaints against North Korean leader Kim Jong-un were picked up by a wiretap, Thae Yong-ho, a former North Korean diplomat who defected to the South last year, told Yonhap News Agency.

"North Korean officials are careful about their remarks because of the risk of being tapped," Thae said. "Ri was known to have been executed because of likely wiretapping."

The former diplomat said that Ri spoke ill of Kim's pledge to carry out reforms and liberalization and the young leader did not know anything.

Ri was caught saying that even though Kim's late father Kim Jong-il knew that the reforms would lead to a better life, he could not implement them fully for some reasons that were lost on the younger Kim, according to Thae.

Thae cited Ri's case as widespread speculation in North Korea, not as a fact that he personally checked, as Pyongyang has not officially revealed the reasons for Ri's execution. 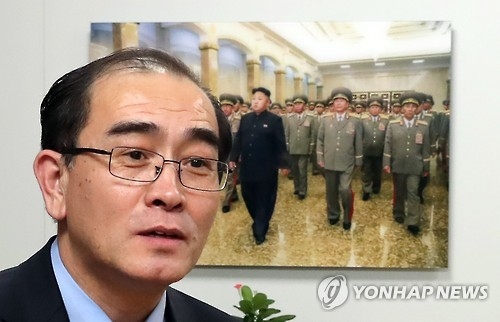 The North's current leader sacked Ri, who was appointed by his late father Kim Jong-il, from the general staff's top post in July 2012, according to South Korean intelligence authorities.

Details about Ri's execution have yet to be confirmed, but Thae's comments gave weight to the speculation that Ri was executed.

Since taking office in late 2011, the North's leader has been strengthening his so-called reign of terror by executing more than 100 military, party and government officials, including the execution of his once-powerful uncle Jang Song-thaek in 2013.

Hyon Yong-chol, a former North Korean defense chief, was killed in April 2015 with an anti-aircraft gun for dozing off during a military event, according to Seoul's spy agency.

Thae told South Korean lawmakers in December that Hyon was executed after he was caught complaining about the country's leader.

Meanwhile, Thae said North Korea does not publicly unveil the exact year of when the current young leader was born in a bid to control senior officials.

Kim's birthday is Jan. 8, but the year of his birth has yet to be confirmed, causing Pyongyang not to designate his birthday as a national holiday yet. There is speculation that he was born either in 1982 or 1984.

"If Kim's exact age is made public, he might have problems in dealing with officials who are 30 to 40 years older than him," Thae said. "Kim is the absolute power in the North, so there should not be such things as officials raising (doubts about) his power because of his age."

Thae said Kim's elder brother Jong-chol does not have any power or status in North Korea.

"Even if he is an elder brother of Kim Jong-un, he is not playing any role or holding (a social) status," Thae said.

Thae accompanied Kim Jong-chol to an Eric Clapton concert in London in May 2015. Kim is known as a big fan of British guitarist Clapton.

He is the second of the three known sons of late leader Kim Jong-il. Kim Jong-nam is his eldest son.