The CHA said the number of domestic and foreign visitors last year to the four palaces -- Gyeongbok, Changdeok, Changgyeong and Deoksu -- and Jongmyo Shrine amounted to 16.1 million, up by 17.8 percent from a year ago.

Foreign visitors reached 3.83 million, passing the 3 million mark for the first time and up by a whopping 60.3 percent compared with the previous year.

The CHA said it plans to increase special night programs, proven popular with visitors, along with participatory programs, to continuously attract visitors inside and outside of the country. 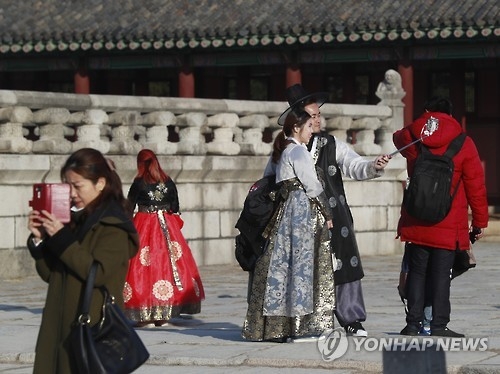