Cha won the men's singles crown at the 71st National Figure Skating Championships with 238.07 points total, the highest score ever posted at the competition. The 15-year-old scored 156.24 points in Sunday's free skate and 81.83 points in the short program a day earlier.

The national championships took place at Gangneung Ice Arena in Gangneung, Gangwon Province, some 230 kilometers east of Seoul. It will host figure skating at the 2018 PyeongChang Winter Olympics.

This was the first figure skating competition at Gangneung Ice Arena, which will also stage short track races at the 2018 Olympics. The same venue will host the Four Continents Figure Skating Championships next month. 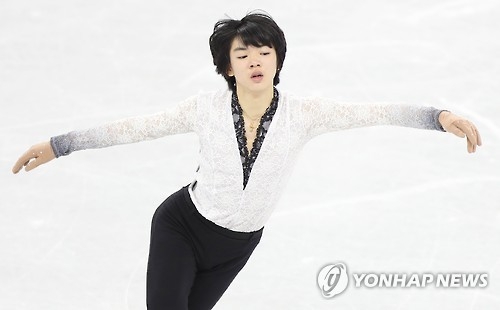 Cha, the last to perform among eight skaters, nailed a clean quadruple salchow in free skate but was docked 0.57 point for under-rotating his triple axel.

After executing successful spins and other jumps, Cha fell while trying to pull off a triple flip-single loop-triple salchow combination, which cost him 2.10 points.

The rising star, however, had plenty of room to spare, as he cruised to the title by more than 20 points.

After Sunday's performance, Cha said he was "very disappointed" with his landing mistake.

"I made a mistake on the same combination jump at the Junior Grand Prix Final," he said. "I'd give myself about 60 out of 100 for this program."

He said his right boot felt a bit loose, and he had to tape it before his free skate.

"I've had that issue since the Grand Prix Final, and when I tried on some new pairs, I wasn't used to them," he said. "And after getting it taped today, I slipped a bit on jumps."

An official with Cha's agency, Galaxia SM, said the skater will have a new pair ready for the junior worlds in two months.

With about a year left until the 2018 Winter Games on home ice, Cha may have an outside shot at a medal, which would be the first for a South Korean man. As for skating at the Olympic venue, Cha said, "I performed quite comfortably." 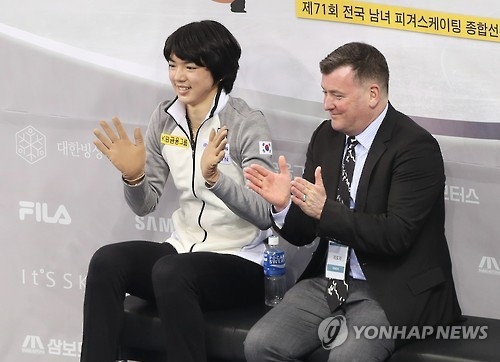