SEOUL, Jan. 8 (Yonhap) -- An escalation in tension between China and the United States over North Korea's nuclear programs could have an impact on the South Korean economy, the central bank said Sunday.

In a report, titled "2017 Global Geopolitical Changes and Economy," the Bank of Korea analyzed changes in the global geopolitical landscape are likely to affect trade, finance and investor sentiment in Asia's fourth-largest economy this year.

"If the U.S. and China further confront each other over the issue of North Korea's nuclear and missile development programs, geopolitical risks in Northeast Asia will increase further as well. It could ruin credibility in the South Korean economy," according to the report posted on the bank's website.

Last year, Beijing explicitly expressed opposition against the planned deployment of the Terminal High Altitude Area Defense (THAAD) system in South Korea on concerns that the move could hurt its strategic security interests.

In response, Washington has repeatedly stressed that the missile defense system is purely defensive and aimed only at deterring North Korean threats.

In July last year, Seoul and Washington announced a decision to deploy a THAAD battery here by 2017 to better defend against the North's nuclear and missile threats. The communist state conducted two nuclear tests and test-fired more than 20 ballistic missiles in 2016 alone.

In retaliatory moves against the THAAD deployment, China has recently put a ban on operation of chartered planes bound for South Korea. Bilateral cultural exchanges are also being affected by a growing anti-THAAD sentiment in the neighboring country. 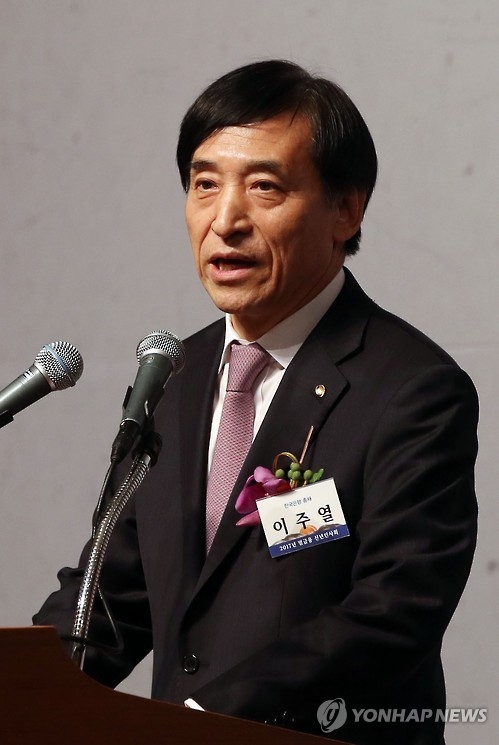 In particular, the report warned against growing uncertainties in the global economy as President-elect Donald Trump takes office on Jan. 20 and a presidential election is likely to take place in South Korea later this year.

South Korean President Park Geun-hye, whose five-year term is originally scheduled to end in February 2018, was impeached in the National Assembly last month over a massive corruption scandal in which Park allegedly colluded with her longtime confidante Choi Soon-sil to extort money and favors from companies and allowed Choi to unlawfully meddle in state affairs.

The Constitutional Court has six months to decide if the president should permanently step down or be reinstated. If the court formally removes Park from office, a presidential election will be held within 60 days.

"The government has to minimize any negative impact coming from the changing global geopolitical landscape and find opportunities despite changes. It has to come up with customized trade and diplomatic strategies to survive such changes," the report said.