SEOUL, Jan. 9 (Yonhap) -- His first stint in Major League Baseball (MLB) not having panned out, Eric Thames found himself playing in South Korea starting in 2014.

And following a dominant three-season stretch that included a league MVP award, Thames signed a three-year, US$16 million deal with the Milwaukee Brewers in November. Nearing a return to the majors for the first time since 2012, the 30-year-old said he wants to make his second chance count.

"I feel focused," Thames told Yonhap News Agency in a recent interview. "I need to stay focused on my goals of being successful and continue to adapt, learn and work for success."

He followed that up by hitting 40 home runs and driving in 121 runs in 2016, while guiding the Dinos to their first Korean Series in just their fourth KBO season. 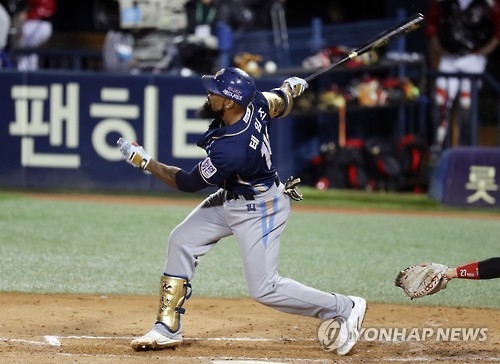 Thames parlayed his success here into a contract with the Brewers, which parted ways with a 40-homer slugger Chris Carter to make Thames their new first baseman.

The Brewers are betting that Thames' gaudy numbers here will translate to the majors. But as for Thames himself, he admitted he didn't at first expect himself to end up back in the majors in 2017.

"I didn't know where life would take me," he said. "Now my goal is to keep my nose down and continue to work hard."

Thames was a seventh round pick by the Toronto Blue Jays in 2008 and made his big league debut in 2011. It also turned out to be his best season, as Thames hit 12 home runs in 95 games.

He split his 2012 season between the Jays and the Seattle Mariners, while spending 2013 in the minors.

Thames said he didn't initially have the desire to travel to Asia to continue his career. But when the Dinos came calling, Thames said, "I dedicated myself to having an open mind and focusing on my goals."

"That is what I will carry over here," he added. "No worries about other players or fans. Only control what I can control."

Thames said he misses Korea and its people. He will be cheering on the Dinos from afar and hopefully will them to another postseason appearance.

"I want to see NC in the postseason again," he said. "I will be dancing with cheerleaders." 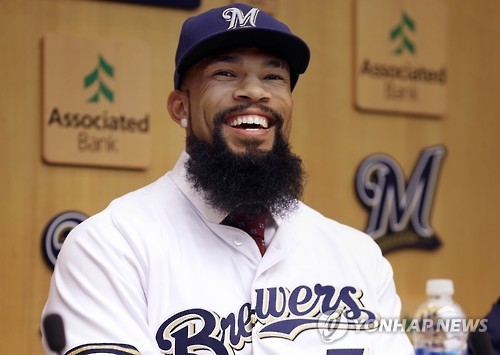