The main opposition Democratic Party continued to condemn the Ministry of Foreign Affairs for its preparation to welcome Ban.

"The people are suffering helplessly from the diplomatic retaliation from China and Japan due to South Korea's diplomatic incapabilities," said Rep. Choo Mi-ae, head of the main opposition. "But even in such a situation where the foreign ministry has so much to handle, they are preparing for the welcoming of Ban."

Choo added South Korea's deployment of an advanced U.S. missile defense system has resulted in reprisals from China, while the historical feud also remains between Seoul and Tokyo, that is dealing a harsh blow to the economy.

The main opposition claimed the Park administration is supporting Ban as a potential candidate, adding the former U.N. head should turn down such hospitalities. 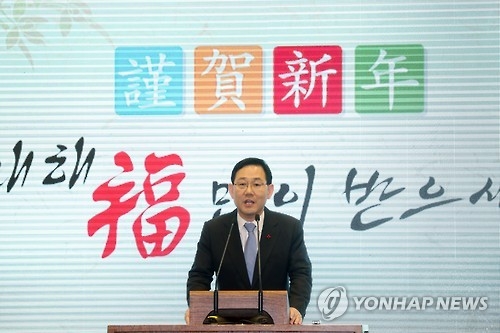