SEOUL, Jan. 9 (Yonhap) -- South Korea may be heading toward the worst economic turbulence in its history that will require much more than increased fiscal spending as currently planned by the Seoul government, the head of a South Korean think tank said.

Kwon Tae-shin, chief of the Korea Economic Research Institute (KERI), said the country may soon face what he called a "perfect storm" where all three pillars of growth, including investment, will shrink.

"The crisis currently facing the country is a perfect storm where consumption, investment and exports are collapsing at the same time, which means government stimulus through fiscal spending will have little or no effect," the chief researcher said in a breakfast meeting in Chicago, hosted by the Korea-America Economic Association.

Local consumer spending has also remained weak throughout the year amid a steady increase in household debt. The central bank earlier said the country's household debt reached a record high of 1,295.8 trillion won ($1,076 billion) as of end-September, up 11.2 percent from a year earlier. 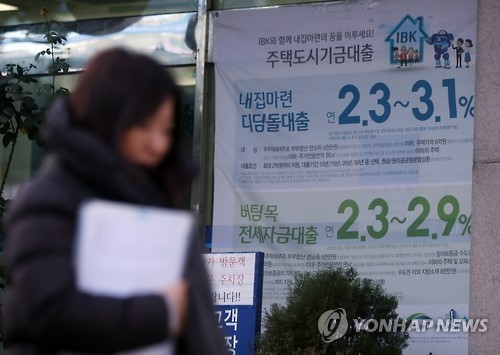 Kwon said there may not be a quick remedy for such a crisis, noting political uncertainties in South Korea are already three times higher than the level it saw shortly before the 1997 Asian financial crisis.

"The investment side too will not be able to see a quick recovery as uncertainties stemming from a possible presidential election are also growing," he said.

South Korea's parliament impeached President Park Geun-hye in late 2016 for her alleged involvement in a corruption and influence-peddling scandal also involving her close friend Choi Soon-sil. The country has to elect new president within 60 days if the Constitutional Court endorses the impeachment.

Kwon said external conditions too will not work in South Korea's favor.

"As global uncertainties are also widening while most advanced countries are nearing depletion of policy measures to revamp their own economies, external conditions may not improve for some time," he said.

S. Korea heading toward economic storm with no remedy in sight: expert

S. Korea heading toward economic storm with no remedy in sight: expert