SEOUL, Jan. 9 (Yonhap) -- The hit Japanese animation "Your Name" has snatched the box office crown from local blockbuster film "Master" in South Korea over the weekend, data showed on Monday.

According the real-time based box office tally from the Korean Film Council, the Japanese fantasy animation attracted 837,556 moviegoers over its first weekend, making the total number of local attendance to 1.18 million.

It pushed South Korean action-flick "Master," which had been in the lead for two weeks since the day of its release, to the runner-up position with 562,102 in attendance, although the film already exceeded 6.5 million in accumulated viewers.

Next came the Russian animated movie "The Snow Queen 3: Fire and Ice," which was seen by 170,476 viewers. 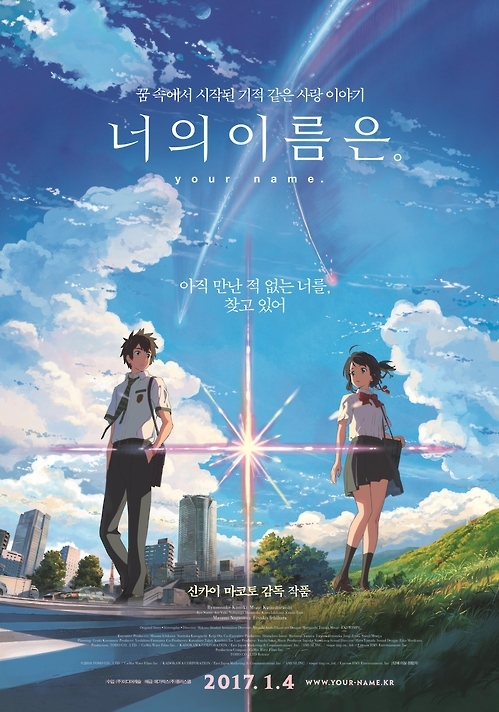